The ‘PRICING’​ of healthcare is our next big challenge 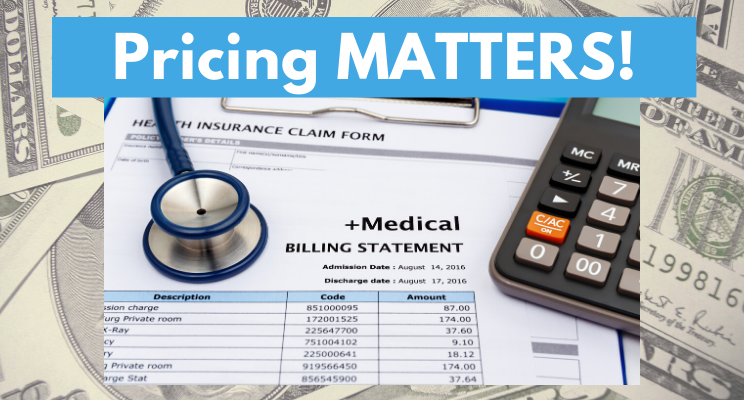 Let me begin by acknowledging, with reservation, that our healthcare system holds some of the greatest people and talent in the world. As we are seeing through the coronavirus response, we’ve witnessed immense kindness, compassion, caring, and giving of big-hearted professionals, businesspeople, and companies from many healthcare industry segments.

That aside, I am extremely concerned with what I would consider one of the largest and most daunting challenges we will have in our lifetime. Because of our country’s tying health insurance to employment, a great many of the millions now being laid off, with more to come, will suddenly find themselves without health coverage.

And the healthcare system as a whole is in very real danger of strain, and some people believe ultimate collapse. Before the COVID-19 crisis hit us, about half of insured Americans had coverage through their employer. There is now the very real possibility that a third of those people or tens of millions will eventually lose their coverage.

Plus, a new study released last week from a team of Medicaid experts from Health Management Associates, the following high-level takeaways were found: 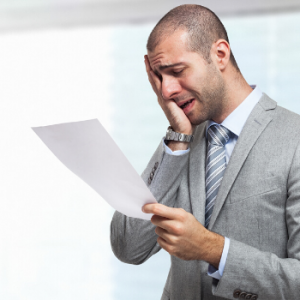 Add to this the already high numbers of those falling into debt and bankruptcy from medical bills, plus the fact that many companies may not be able to re-hire back employees let go – due to cost and profit concerns – and affordability for future services become a major concern.

Plus many hospitals and health systems have had their elective surgeries and space set aside for Coronavirus concerns. Reports now indicate that many rural hospitals must receive bailout money ASAP, or risk having their doors potentially close. And larger systems such as Beth Israel Deaconess are cutting ER physician bonuses, while systems such as Intermountain Healthcare have committed to cutting future physician and nurse compensation.

PRICES ABSOLUTELY MATTER…and must be lowered

Of course, no one expected a major pandemic, much less the economic and employment-levels cratering that has resulted. But apart from the virus and its job-shedding impact, I want to talk about the other elephant in the room – and its been growing for decades.

There is simply no more avoiding it – no matter how much healthcare leaders, special interest groups, and industry leaders seek to control politics and positioning.

The ongoing major challenge is the PRICING of healthcare services, insurance coverage, medications, and supporting products – lined up against mass unaffordability by patients and employers as health coverage consumers.

For several years, I ran one of the more popular healthcare podcasts called Red Hot Healthcare. In fact, feel free to click and listen to some of the top CEOs and industry leader segments. Even back in 2017 in 2018, you’ll hear me trying to get at the issue of ‘pricing’. You’ll also hear many senior leader interviewees attempting to either move away from this question or re-frame the wording around healthcare costs.

Let me be transparent on this – healthcare costs ARE NOT healthcare prices.

Healthcare companies want the public and media to focus on ‘costs’ from their framing…as if they are victims of nefarious forces. Providers, payers, and pharma also conveniently point fingers at one another, in order to shift blame and remove responsibility.

For instance…how do prices actually get set for many healthcare services. Do you know about the American Medical Associations’ RVS update committee or RUC? Do a Google search and become empowered and educated.

How do prices get set for pharmaceuticals? Sure, we hear all about R&D costs…so let’s get a few of these companies to actually open up their books and do more than give us a generic line item listing. Have monies been shifted within R&D?

How do coverage prices on customers get set by payers? Why is it that I pay $1,500 a month for a family of four and not $995? Can I see the formula used to figure out why this price was set in this manner?

And while I’m still thinking about transparency, let me add this very important realization that I hope hits everyone squarely.

‘Price transparency’ IS NOT the same as companies being able to lower and compete using pricing as a carrot – or stick.

If healthcare is moving more toward becoming truly consumeristic, why do cost savings generated by providers lead to them receiving bonus payments from payers? Why wouldn’t these savings be passed down to the actual company or individual customers who actually pay for the coverage and/or services?

Even if the payer split the bonus across both the provider and patient, it would be benefitting all involved. After all, they are all involved to create the revenue-generating interaction, right?

And watch this…let’s say I’m a patient needing a knee replacement or some other type of elective surgery. I do my homework and find a high-quality surgeon who will take 20% less in payment, which makes me a smart shopper. So why can’t the payer pay that 20% less and GIVE ME half of it in finders’ fees?

Didn’t I just save them money? Where’s MY reward?

The reality is that our political and economic climate is changing on nearly a daily basis. Apart from the CARES package, we are also seeing healthcare providers and private insurers asking for their own indirect bailout by infusing them with more money. If things get worse, expect all healthcare industry players to ask for even more.

However, we cannot make companies whole and leave people with massive medical debt now, and for all of the non-COVID care to come in the future, in a world of high unemployment levels. It is simply not sustainable…and we’ve had far too much cost can-kicking and skyrocketing pricing for the last decade.

In 2019, there was a staggering report that came out from Ashish Jha, Professor of Global Health at Harvard Chan School and director of the Harvard Global Health Institute (HGHI). The study confirmed that the U.S. has substantially higher spending, worse population health outcomes, and worse access to care than other wealthy countries.

However, their findings also showed that our belief about the overall quality of care, inpatient service levels and primary care vs. specialist mix is in line or better than many other countries. They specifically found on costs that these were some of the largest drivers:

I’m not here to point fingers and lay blame or shame. There is nothing wrong with profit and making plenty of it…but if it is driving an unsustainable system for tens of millions of people it is supposed to serve properly, we must be adults in the room. We must face facts and recognize that sustainability for tomorrow’s generation and the next several years of shifting patient financial needs are paramount.

Healthcare companies, industry leaders, consumer advocates, and political decisionmakers must look beyond COVID to recognize what is coming in the future. And it won’t be solved by telehealth alone…or a government bailout of companies. We MUST address the high prices for company and individual consumers from payers, providers, pharma, and all other supporting and interconnected companies in-between.

Yes, I am completely aware that healthcare is the #1 employment industry, even surpassing government. But that doesn’t excuse the decades of public ignorance, purposely misleading the public, filling up political pockets, and keeping a fixed pricing system to subvert normal free-market consumer forces.

Why do you think we’re also seeing persistent and growing issues with balance billing, medical debt, surprise out-of-network bills, PBMs, and pharma pricing that is actually often cheaper with services such as GoodRx vs. our own payer schedules?

It’s the need for driving profit in an increasingly complex and competitive world VS. what has become very real – the fact that people cannot afford the pricing all over. And if you think it’s just individuals and not companies, take a look at the average American’s salary levels for the last two decades – and why it’s barely budged. It’s profit need and can-kicking getting passed down the line.

I like a recent piece from Jon Walker in The Intercept on expanding Tricare for everyone who needs it. I think it’s worth a read and strong consideration for current and post-Coronavirus times. But that’s only a piece of what eventually has to come back in line…the PRICING of healthcare products, coverage, and services.