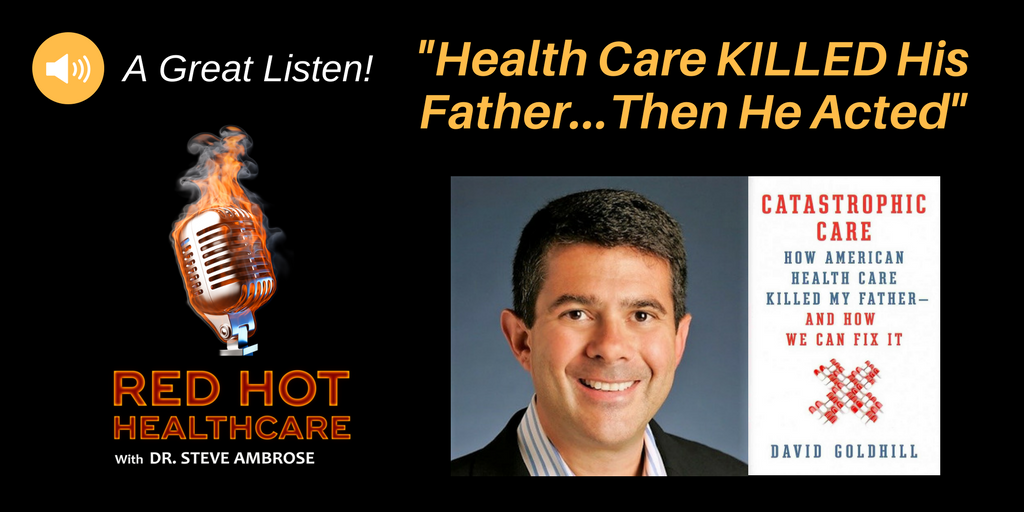 David Goldhill is the President and CEO of the Game Show Network, its television and internet entertainment channels reaching nearly 80 million American households. However, I would argue that perhaps his greatest influence has been in sparking thought and clearly clarifying an understanding on the problems inherent from the design and function of the American healthcare system.

In 2013, his book Catastrophic Care: Why Everything We Think About Healthcare is Wrong won critical acclaim, leading to many speaking engagements, and praise from notables such as Malcolm Gladwell, numerous health policy think tanks, as well as articles in the New York Times and the Washington Post.