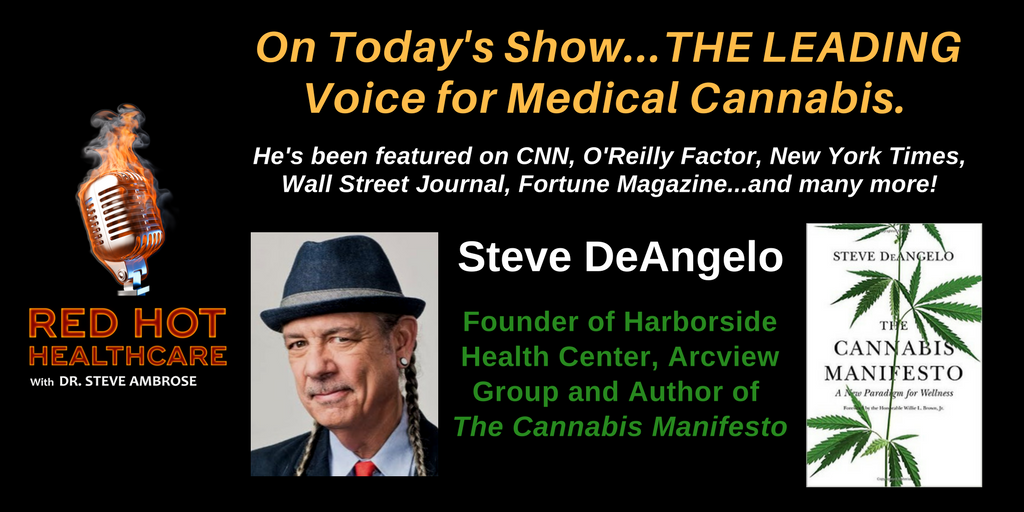 Most of the RED HOT HEALTHCARE podcast shows are about 30 minutes in length. However this one was a true ‘hour of power’ – and perhaps my most engaging yet. Because I was lucky enough to have secured an interview with Steve DeAngelo.

Steve is an undisputed national leader and provocative visionary in the cannabis industry. With four decades of activism and advocacy, he’s inspired millions of individuals to not only learn about and benefit from cannabis, but also in influencing efforts to pass laws in local, state, and even foreign countries.

He co-founded Harborside Health Center, the largest and most successful medical marijuana dispensary in the world. He’s also the co-founder and president of the ArcView Group a company and investor network, which successfully introduces investors to the cannabis community.

He also wrote a powerful and well-researched book, which completely transformed the way that many individuals, including myself, have come to view cannabis. It’s called The Cannabis Manifesto – and I highly suggest you make this your next purchase and read.

In this show episode…Dr. Steve and Steve DeAngelo discuss some incredible dialogue on cannabis, including: